Elvis‘ Austin Butler spoke ahead of the Golden Globes about who his date would be for the evening, and—to the surprise of some, surely—it’s not his girlfriend of a year, Kaia Gerber. And sure enough, on the red carpet, he wasn’t with her. He posed solo. At the show, he was joined by his older sister Ashley, as he said days before he would although it wasn’t an easy choice. 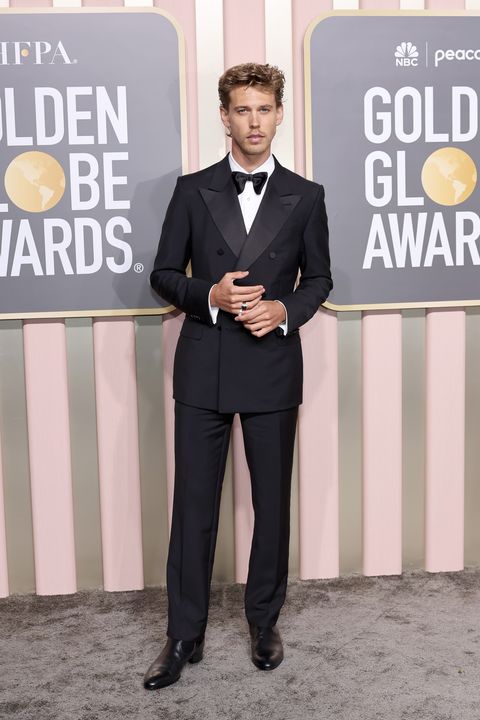 “I’m going to bring my sister,” he told Entertainment Tonight. The decision of who would join him was “hard, [but] she’s my one and only sister, so it’ll be nice to be with her.”

Butler is nominated for Best Actor, Drama for his work in Elvis.

But for those concerned it’s sending a message about his relationship with Gerber, rest assured: They’re very much still together. The two attended W and Louis Vuitton’s pre-Golden Globes dinner this week, and an eyewitness there told Page Six that the couple was seen “cuddled up in the corner,” signaling publicly that their relationship is fine. 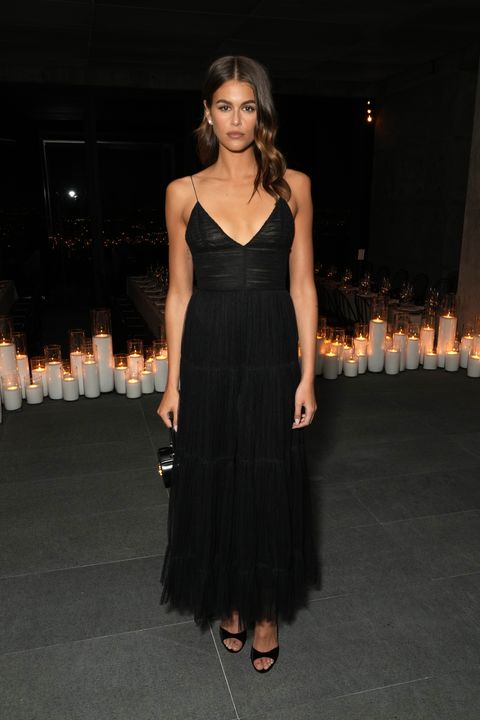 In May, Butler spoke about his relationship with Gerber in an interview with GQ—and namely, why he doesn’t won’t talk about it, thanks.

“I don’t think there’s anything I want to share about that,” he said. “But thank you for providing the space.” He ignores the paparazzi photos taken of them and even him alone too if he can help it.

“I go, ‘If I don’t see the picture, then it doesn’t really exist to me,’” he said. “I don’t want to be really negative, but there’s hardly any job I despise more than paparazzi.”

Jennifer Lawrence Is Trying to Stay Up to Speed on All the “Pointless Gossip” in Hollywood
Taylor Swift Tickets: The One Thing Democrats and Republicans Can Actually Agree On
Kim Kardashian Makes a Rare Makeup-Free Appearance on TikTok
The Viome Full Body Intelligence Test Gave Me Surprising Info About My Heart Health
Balmain Fall 2015 Ready-to-Wear – Fashion Show – Style.com