Kate Middleton and Prince William have kept things business as usual as the release of Meghan Markle and Prince Harry’s Netflix documentary series nears. And tonight in London, the same evening as Meghan and Harry are being honored in New York City with the 2022 Robert F. Kennedy Human Rights Ripple of Hope Award, Kate stepped out for a rare tiara occasion for the Palace’s Diplomatic Corps reception.

The Princess of Wales wore an embellished ruby Jenny Packham gown with the sparkler. She wore her brown hair down and styled it with some extra volume. People reports that the princess wore the Lotus Flower Tiara, a headpiece she has not worn since 2015 during a state banquet for Chinese President Xi Jinping. Kate’s typical go-to tiara is the Lover’s Knot tiara, which she last wore on November 22. 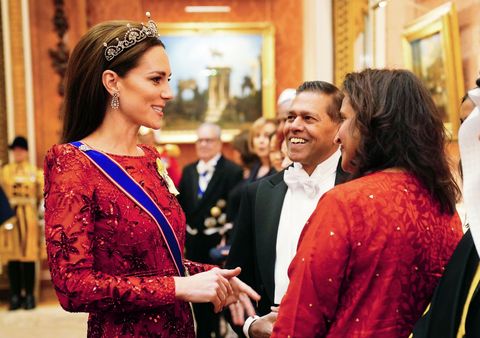 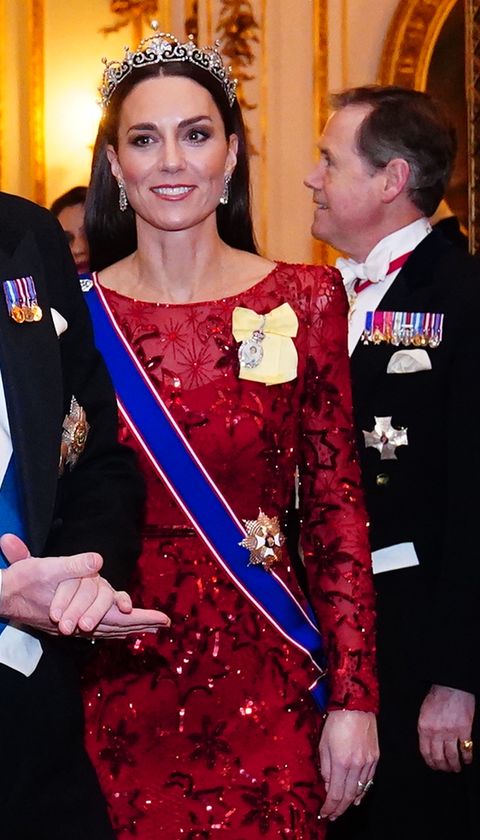 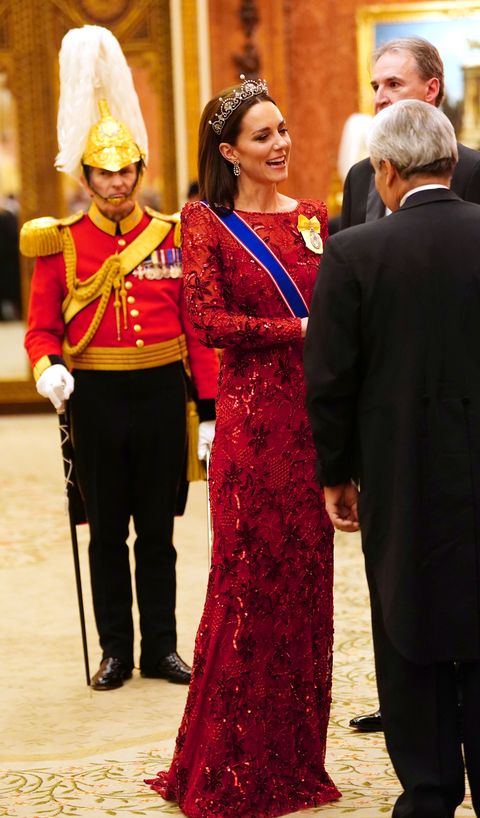 Kate also wore a blue sash, which signifies her role as a member of the Royal Victorian Order, and the yellow bow pinned to her chest indicates her position in the Royal Family Order.

Kate doesn’t have tiara moments often, and the last time the Palace hosted a Diplomatic Corps reception was in 2019. This year, King Charles III and his Queen Consort Camilla hosted it for the first time.

This is Kate’s first event since her and William’s trip to Boston last week. The couple has kept their social media and public comments focused solely on their work, opting not to comment on the Harry & Meghan documentary even though a photo of them (glaring nonetheless) appears in the first trailer.