Ariana Grande has been diligently and quietly working on the film adaptation of Wicked for months, but the singer popped back on Instagram today to give fans a very rare look at her marriage. Grande shared a captionless post featuring multiple photos of her husband Dalton Gomez, including one of them together. In the new photo, Grande appears with her blonde hair for her role as Glinda.

The selfie marks the first photo on her page where the two appear alongside each other in five months. Grande’s last couple shot of them was from June 1, and before that, their last one was from February 16. 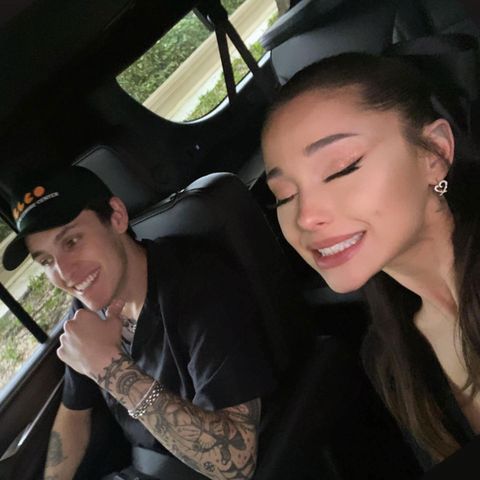 Gomez appears regularly in Grande’s Instagram photo dumps, although typically buried in the photo galleries. The real estate agent keeps his own Instagram private, although his profile photo is one of him and Grande posing together.

Grande spoke back in April 2020 about why she decided to keep their romance private. She had been responding to actress Florence Pugh’s Instagram asking fans to stop harassing her then-boyfriend Zach Braff over the pair’s age gap.

“Sharing special, personal life things that make u happy on the internet can be truly traumatic,” Grande shared. “I know I’ve taken a step back from doing so to protect my loved ones and myself.”

She went on to highlight two lines from Pugh’s Instagram that resonated with her: “‘Being hateful is not trendy.’ ‘I do not need you to tell me who I should and should not love and I would never in my life tell anyone who they can or can not love. It is not your place and has nothing to do with you.’ I screamed,” Grande admitted.