Kylie Jenner leaned into her more high fashion side last night when the reality star attended the opening for the Brooklyn Museum’s Thierry Mugler: Couturissime Exhibition. Jenner wore two looks for the event, posing first in an exquisite corset gown and bejeweled headpiece from the house’s archives before switching into a less leg-restricting sheer black catsuit and white cloak to explore the exhibit. Her hair was changed, too, from an updo to down with pinned curls.

Jenner shared photos on her Instagram and Instagram Story, writing, “Wowow what a beautiful night celebrating the opening of the Thierry Mugler Archive Exhibition at the Brooklyn museum. such an honor to wear a piece of fashion history. thank you to the mugler team 🖤 and make sure to stop by to see the exhibition while it’s there, celebrating the life and art of the forever iconic Thierry Mugler.”

Photographers also captured her in the black gown and gloves. 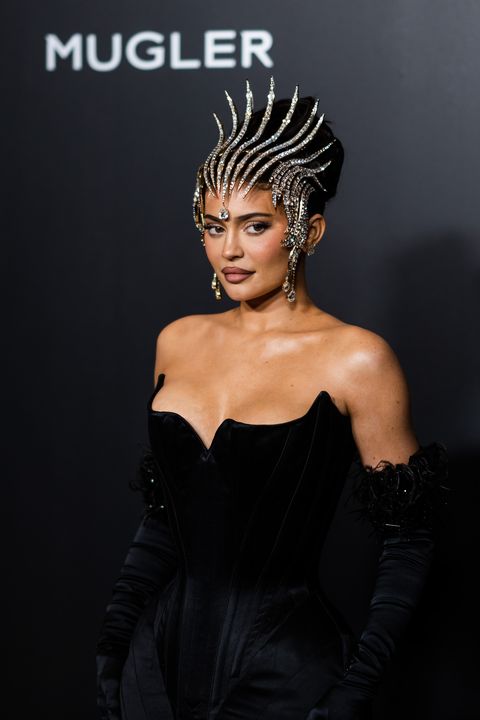 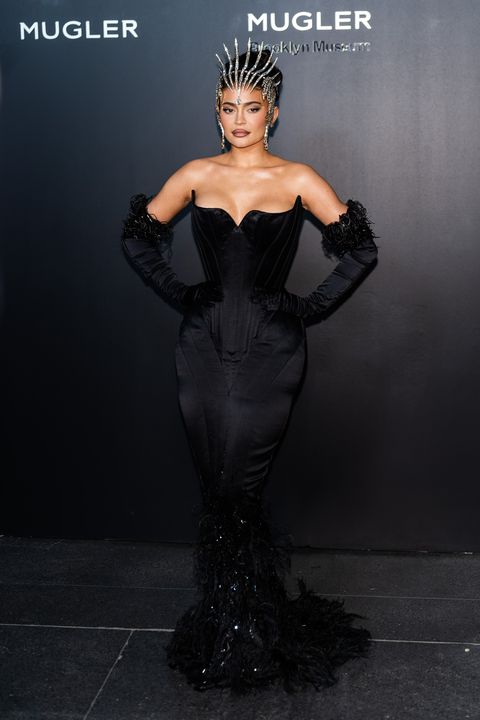 Jenner spoke to CR Fashion Book in September about how she is keeping all her clothes for her four-year-old daughter, Stormi Webster. “I save everything for my daughter—I have the most amazing pieces, and I cannot wait to share my entire archive with her when she is older,” she said. “I’m so excited to see how she is going to wear and style them! And hopefully she wears one of my Met dresses to prom.”

She was also asked about the most impactful fashion show she’s seen. “I would say the most impactful show for me was [the late] Virgil Abloh’s last Off-White show,” she said. “I couldn’t make it to the show as I was very pregnant at the time, but I was able to watch it live. I thought it was so beautiful, emotional, and moving.”

Fashion Show – Givenchy: Fall 2009 Ready-to-Wear
19 Pickleball Gifts to Help Your Favorite Player Eat, Dink, and Be Merry
Does the World Still Need Pinup Girls?
This 5-Minute Dance Cardio Workout Is a Blast For the Whole Family
The Complete Timeline of Gigi Hadid and Leonardo DiCaprio’s Relationship