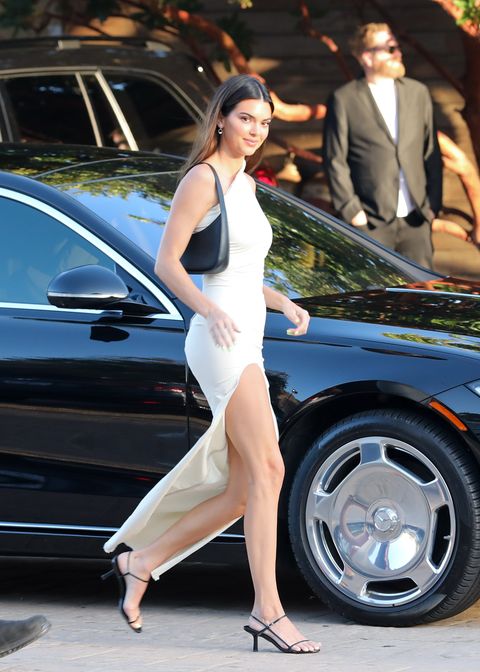 The Kardashian-Jenners all put on their best bodycon ensembles last night to celebrate Kendall Jenner’s 818 tequila line, and Jenner herself led the pack in one of her best outfits of the year. The model dressed up in a timelessly chic one-shoulder white dress with a thigh-high leg slit. She wore her dark hair straight and accessorized with a black bag and sandal heels. 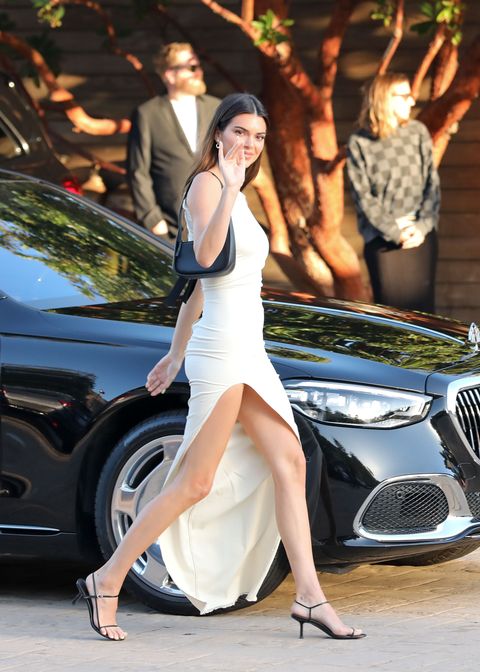 Jenner addressed her feelings about running a spirits business and receiving paparazzi attention during a rare interview this February for i-D magazine. She began by discussing her evolving feelings on A-list fame. “I used to be really angry,” she started. “I mean, you can literally find old videos of me screaming at the paparazzi for no reason, but also for a very obvious reason. I’m just a lot more at peace with things now. It’s hard to explain… it’s just something that you learn to live with, I guess.”

“I’m a control freak at heart,” she added, nothing that in her modeling career, she learned to accept not having control. “At a young age, I had to give up that control and let someone else portray me in the way that they wanted to, for an editorial or a campaign or commercial–whatever it was. That was my job. Now, being on the other side is taking that control back in a way, building my own brand [818], and feeling empowered–and it has been really amazing. As a woman and as someone who comes from a really female-driven family, it was really cool to put all my tools to work.”

Chase Stokes Beats Jet Lag With Coffee, Deep Breathing, and a Good Outfit
This 1-Week Weightlifting Workout Plan Will Become Your Forever Go-To
In the Merciless Blonde, How Much of This Marilyn Monroe Is Real?
How to Style Black Tights For Any Occasion, From the Office to the Gym
The 10 Fashion Trends You Need to Know About (and Shop) This Winter