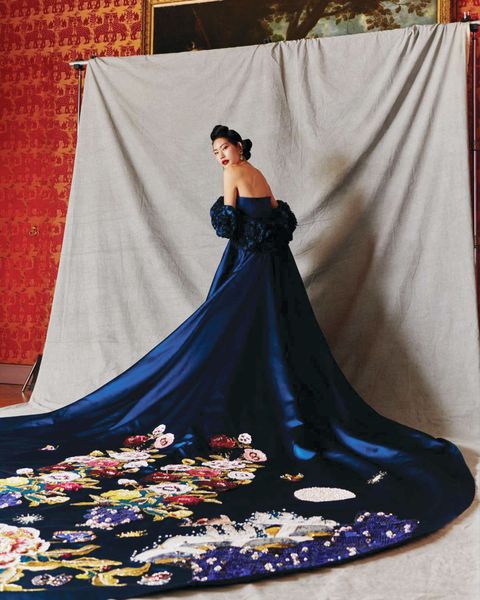 A look from Miss Sohee.

When Sohee Park happened to catch a Chanel couture show on TV from her home in Seoul, it changed the course of her life. “The set design, the models, the music, the lighting, everything,” she rhapsodizes. “The clothes, obviously, I just instantly fell in love with.” That moment sent her down a YouTube rabbit hole of runway videos and designer interviews (including with Marc Jacobs, whom she went on to work for). She became, she says, “possessed,” poring over fashion sketches and applying to Central Saint Martins. “I had to do a lot of convincing my Korean parents why I, all of a sudden, wanted to go to London and study fashion,” she says, “but they trusted me.” At CSM, “the tutors encouraged me to be the most extreme version of myself,” a directive that resulted in over-the-top couture creations that mimicked hothouse flowers. Cardi B and Miley Cyrus ended up wearing items from her graduate collection. “I really appreciate the handwork that gets put into [couture],” she says, “and I wanted to translate it in my own way.”

Now 26, Park has created two couture collections (fall 2022 was supported by Dolce & Gabbana and featured upcycled materials from its archives), and says the métier is more vital than ever, even among her screen-besotted generation. “The world has transitioned in a way where everything is so fast,” she observes. “On social media, there are all these trends happening constantly, but then it just dies every second. Tradition is something that can live on forever.”—Véronique Hyland 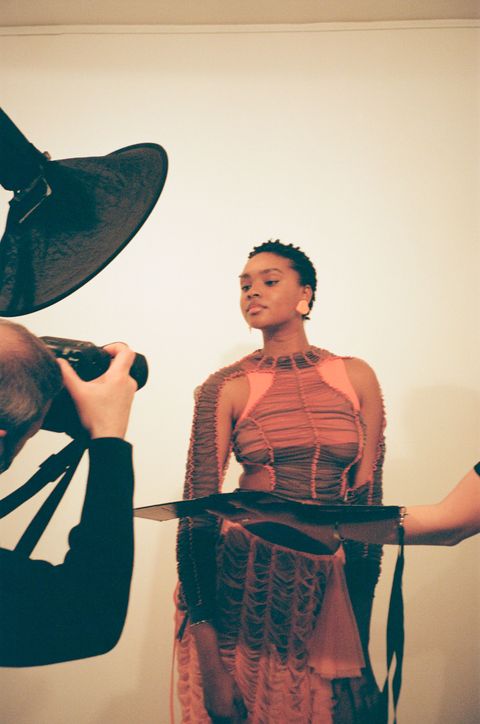 A look from Ester Manas.

“In 2018, it was not so cool,” says Ester Manas of body inclusivity in fashion. That was the year she and her label’s codesigner and cofounder, Balthazar Delepierre, both alums of visual arts school La Cambre in Brussels, presented a collection titled Big Again at the Hyères fashion festival. It grew out of a magazine, Big, that Manas created for her La Cambre entrance exam to call out fashion’s valorization of thinness. The two, who have interned at major Paris houses, felt that high fashion often leaves out curvier women. So, inspired by an IKEA extendable table, they included flexible, one-size-fits-all looks that accommodate every size, from XS to 3XL.

For their fall 2022 collection, titled Come As You Are, the two presented their wares on an array of body types, an all-too-rare sight at Paris Fashion Week, where most collections were either shown on slim models or featured one or two tokenized curvy bodies. “It’s always moving to watch the models after the show,” Delepierre says. “A lot of them are crying because it’s super emotional.” Manas adds that at one show she was a part of, the models took off the looks the moment the show ended. Not so on her runway. “With us,” she says, “they stay. They take pictures in the clothes.”—Véronique Hyland 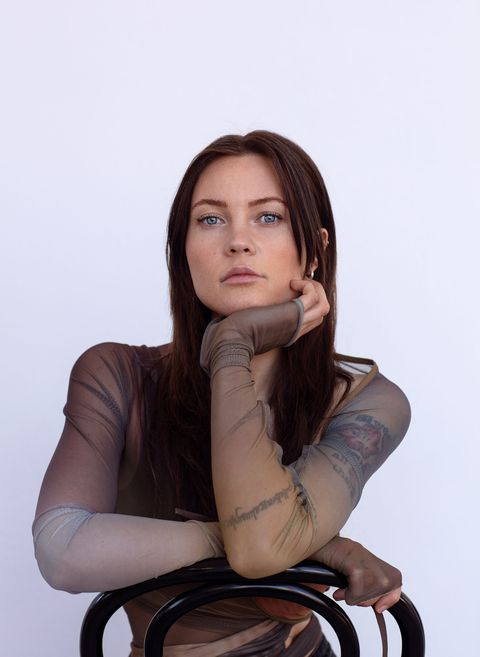 Malin Cropper/Courtesy of the Designer

For a young Swedish designer with little name recognition on this side of the Atlantic, there’s no higher praise than having a member of the Kardashian team slide into your inbox and inquire about buying your pieces—or nearly your entire spring collection. Just ask Jade Cropper. Born and bred in Stockholm, the 32-year-old started her eponymous brand amid the dumpster fire that was 2020, right after graduating from the prestigious Beckmans College of Design in her hometown, and soon found herself fielding requests from Kim K’s stylist, Veneda Carter. It doesn’t hurt that Cropper’s meticulously crafted aesthetic is easily distinguishable from that of her Scandinavian peers, thanks to overtly sexy body-con silhouettes, curving seams, and precise cuts that expose slices of torso, as well as inventive techniques that enable each garment to be worn in myriad ways. She credits her grandmother as inspiration—a confident, independent, outgoing woman who lived life on her own terms and had an eye for sustainability. The latter is another core value for Cropper, who makes use of several eco-conscious practices, from sourcing deadstock fabrics and recycled materials to dropping collections in limited quantities, all made in Sweden. Currently, she’s a team of one, but maybe not for long. Since nabbing the coveted Talent Slot at Copenhagen Fashion Week for fall 2022, getting her wares on Julia Fox, and being named ELLE Sweden’s 2022 Newcomer of the Year, Cropper has received boatloads of industry attention, and more Instagram requests from the first family of reality TV. “Kylie Jenner is going to buy two pieces,” she says. Your move, Kendall.—Claire Stern 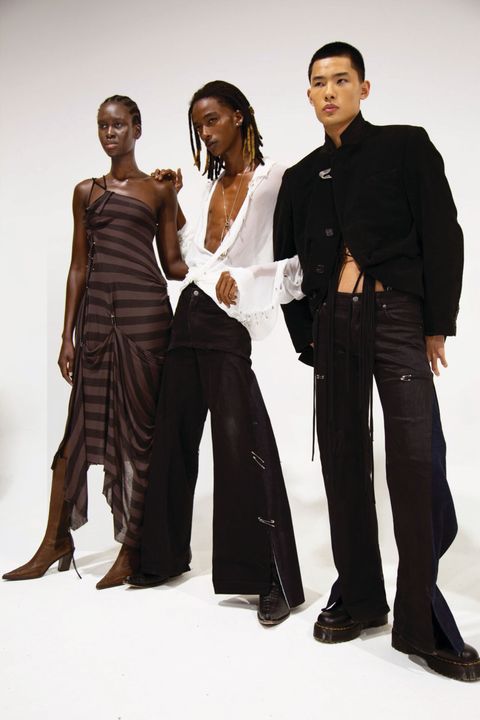 Squinting at what I presume is a luxury logo on Jawara Alleyne’s zip-up fleece, I realize that it says Pizza Hut. The designer, who grew up in Jamaica and the Cayman Islands before relocating to London, is a master of recontextualizing garments, whether that means reimagining deadstock from his own archives or upcycling thrift-store finds. It’s a practice in line with the culture that raised him. In the Caribbean, he says, “Everything is circular. Nothing is useless; everything gets used and repurposed and recontextualized.”

Alleyne has become known for menswear that challenges received ideas about what men’s clothing can be (his work is “easy, light, fluid, and effortless,” he says, as opposed to “constructed and regimented and rigid”) and includes unexpected elements, like torso cutouts. After establishing his fashion reputation in London (“It was a lot of people saying, ‘Oh, do you know Jawara?’ ” he recalls), he was selected for the city’s prestigious Fashion East incubator. This season marked his first solo runway show in London, and he brought back womenswear as part of his lineup of slashed, distressed pieces inspired by his island upbringing.

“I have a very specific story to tell,” he says. “It is my story, but it’s not a story about me. It’s a story about a group of people whom I think a lot of people can identify with.” He sees his work as the answer to centuries of Caribbean-inspired fashion made by outsiders. “That idea of multiculturalism is something that fashion always tried to do, but never really managed to hit the mark, because the people telling those stories were not people who [came] from these experiences.” Next up for Alleyne: laying the groundwork for a fashion and arts camp in the Cayman Islands, which should help ensure a new generation gets to tell its own stories.—Véronique Hyland

Up Next Designer’s Picks for Who to Watch

Albert Ayal, the admin behind the hit Instagram account @upnextdesigner, has been sharing the work of talented up-and-comers with his audience of over 200,000 followers (which includes Kaia Gerber and Kylie Jenner) since late 2019. Here, he shares eight names he thinks we should all have our eye on. 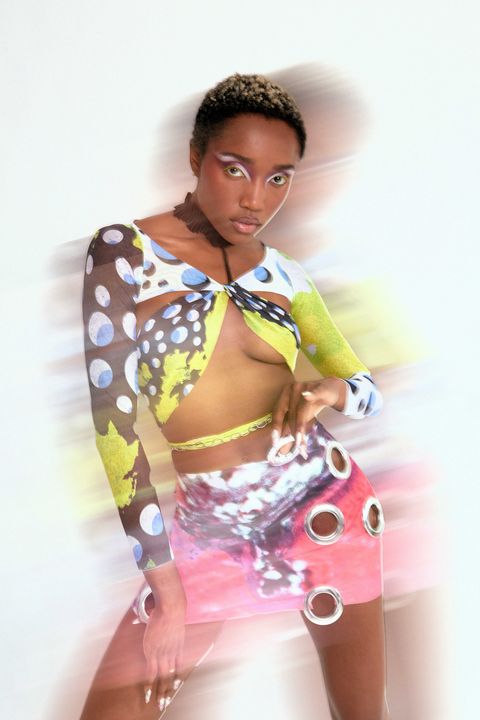 Courtesy of the brand. 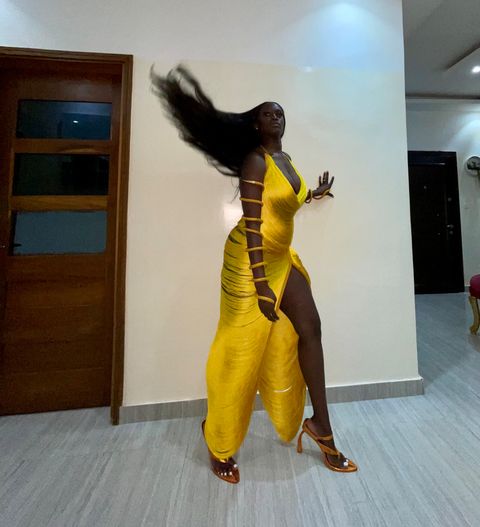 A look from Ibrahima Gueye.

“Freshly graduated from Institut Français de la Mode’s master’s program, designer Ibrahima Gueye strives to uplift Senegalese traditions through each of his explorative collections. For his latest range, which takes notes from the ’ 60s Brazilian artistic movement Tropicália, the visionary dreamed up a series of inventive, feminine silhouettes using recovered fabrics, including scraps of velvet curtains and end-of-stock supplies from luxury houses.” 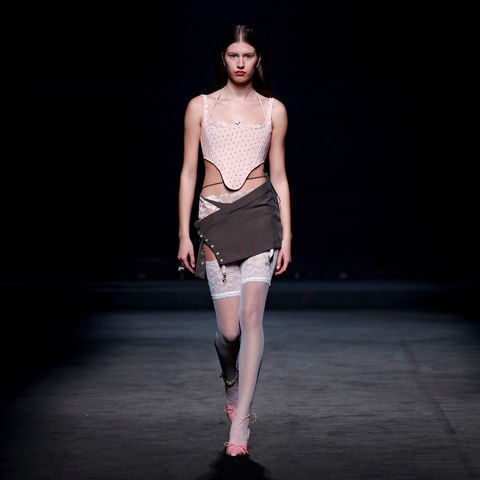 A look from ALEJANDRE. 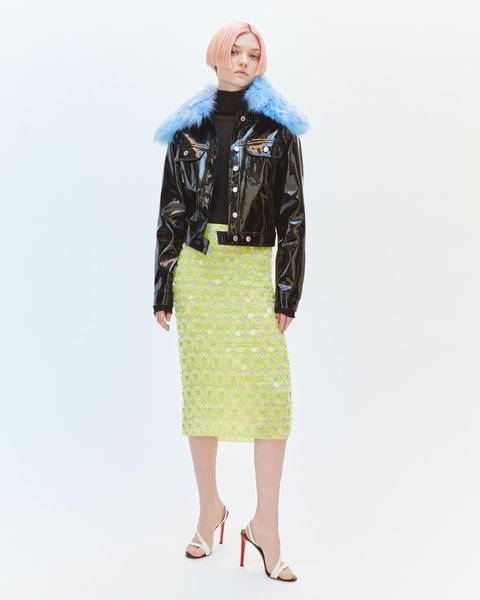 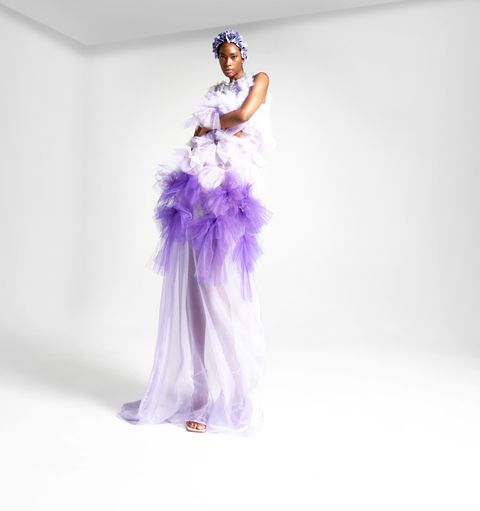 A look from AHLAI.

“Drawing inspiration from the purposeful ‘ornamentation’ of everyday life, AHLAI delivers a myriad of ethereal, fashion-forward pieces catered to the contemporary woman. For its fall 2023 collection, which is inspired by life under the sea, the label applied signature organic lines and finishes to glittery beaded gowns, billowing capes and grand tulle dresses to emulate the surreal quality of the ocean.” 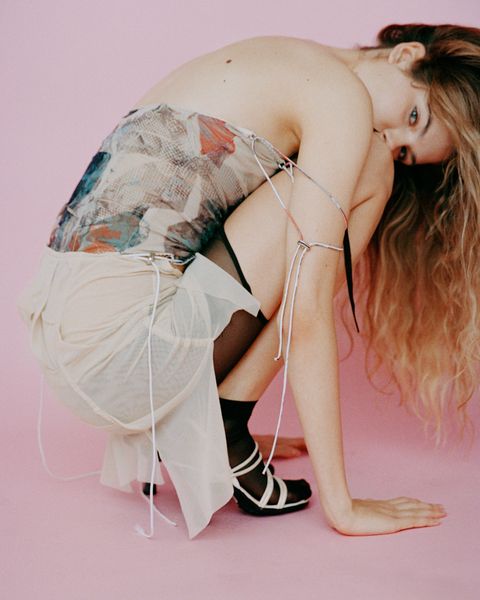 “Nastya&Masha, a young design label helmed by the namesake twin sisters, is formulating its own cool-girl aesthetic with a roster of trendy materials and design techniques. With crochet, the brand offers beige skirts with intricate detailing and brown, asymmetrical tops that accentuate the wearer’s figure; meanwhile, silk and mesh skirts offer a contrasting appearance in similar earthy tones.” 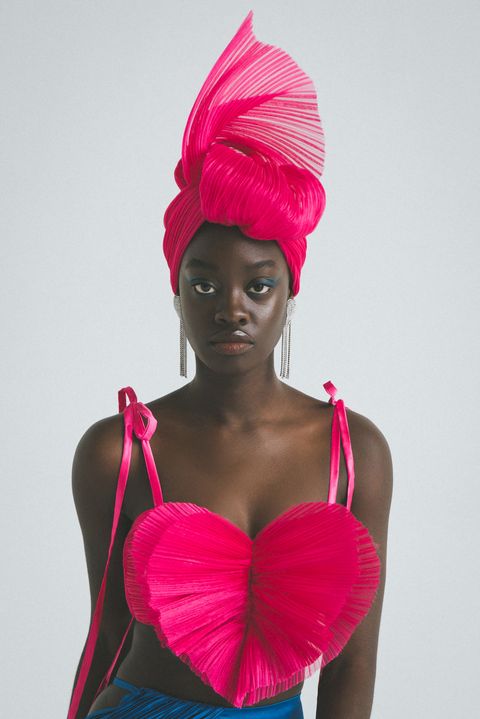 A look from Ndigo Studio.

Courtesy of the brand. 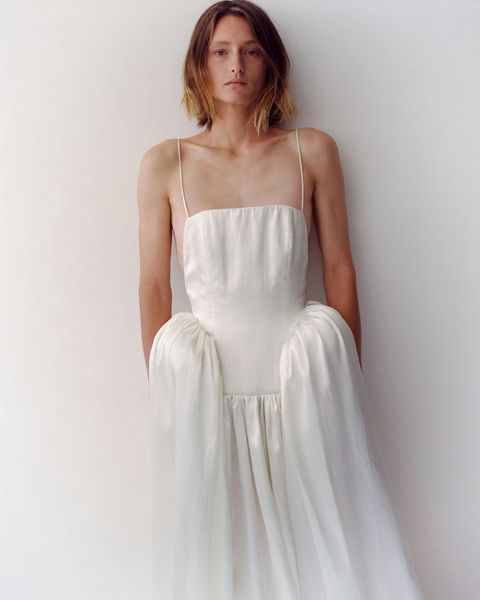 A look from Idan Laros.

“Idan Laros has cultivated a brand around the appeal of pure elegance. Its collections cater to the 21st-century bride with a certain edginess that complements the label’s penchant for regal styling.”

A portion of this article appears in the August 2022 issue of ELLE.

Claire Stern is the Deputy Editor of ELLE.com. Previously, she served as Editor at Bergdorf Goodman. Her interests include fashion, food, travel, music, Peloton, and The Hills—not necessarily in that order. She used to have a Harriet the Spy notebook and isn’t ashamed to admit it.