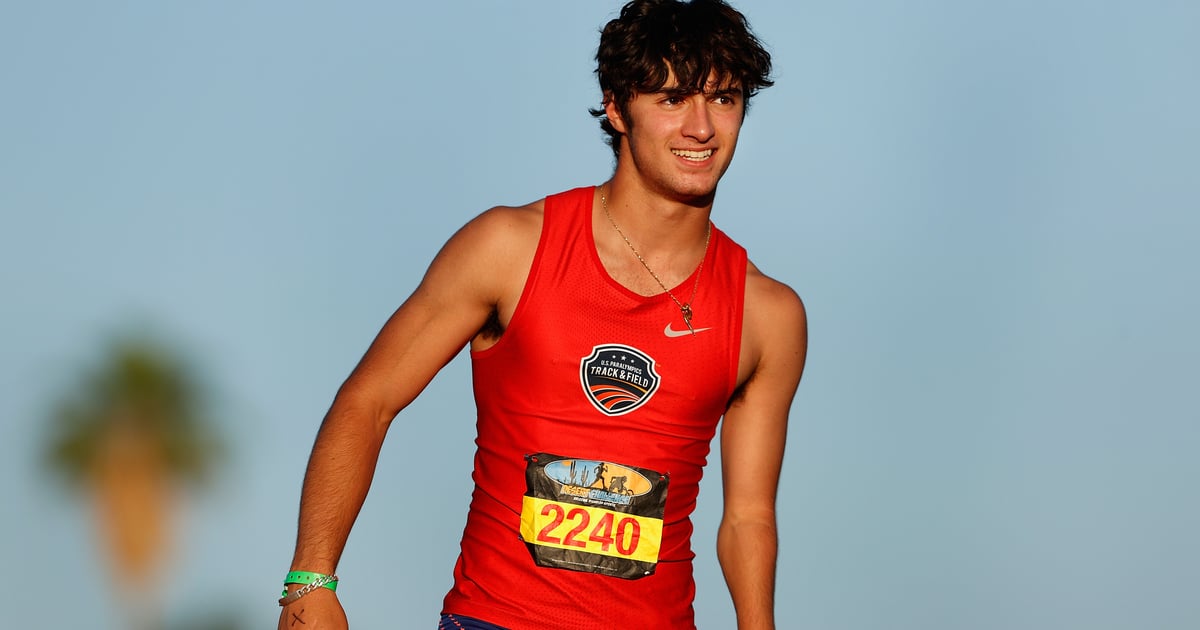 Ezra Frech, 16, is the youngest Team USA athlete at the Tokyo Paralympics. During NBCSN’s live broadcast of the opening ceremony on Aug. 24, a video of him, at age 11, played in which he said he was training for this summer’s Games — now, five years later, he’ll be competing for long jump, high jump, and 100m medals. “I put it out into the universe at 11 years old that I would make the Tokyo 2020 team. A dream that seemed crazy,” he wrote on Instagram in June upon qualifying, adding, “Anything is possible.”

Frech competes in the T63 classification for athletes with single above the knee or “through knee” amputation. He was born with congenital limb differences to his left leg and hand. His mother, Donna, said on the Today show that occupational and physical therapy early on in his childhood helped him learn to navigate his surrounding and get used to moving his body. Frech noted that he felt like an outsider growing up, but the sports world is where he knew he truly belonged.

The Paralympics postponement had a positive impact on Frech’s training — he told Yahoo! Sports that he thinks he grew “like three to four inches in that year.” He further told Teen Vogue that leading up to Tokyo, his training consisted of running track regularly, weightlifting three to four times a week, and home workouts as well. It’s a “full-time job,” he said.

Keep reading for some fun facts about Frech, and prepare to watch him contend for three medals in Tokyo (you’ll find the Paralympic Games athletics schedule here).