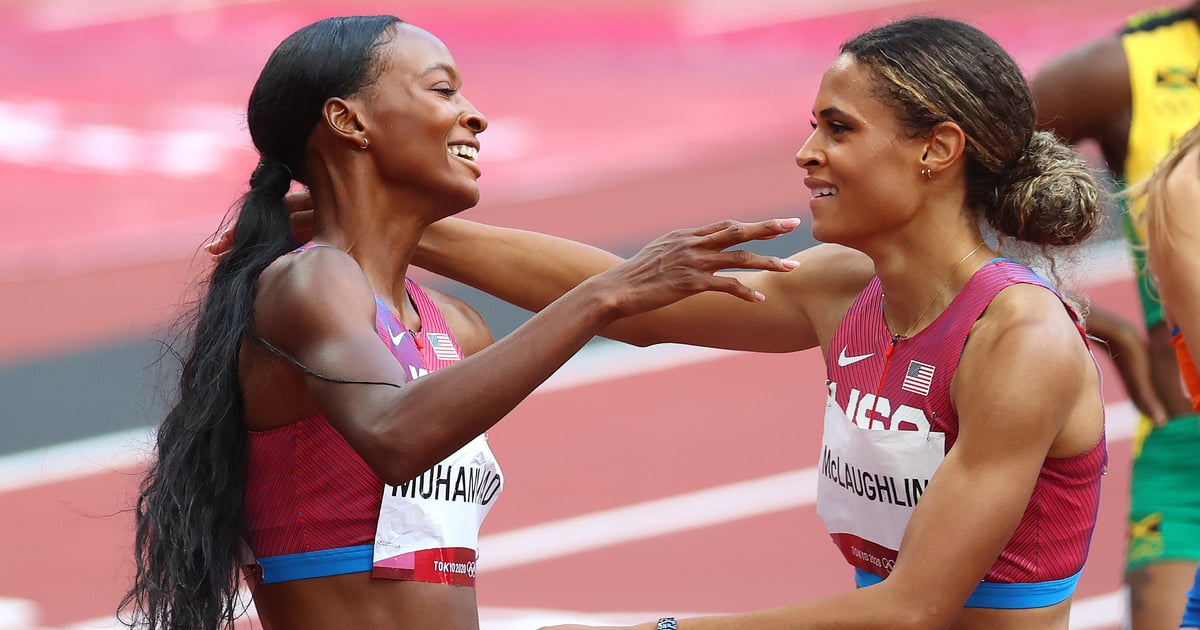 When Sydney McLaughlin crossed the finish line in Tokyo on Wednesday, having won her first Olympic gold medal in the women’s 400-meter hurdles in world record time (51.46), the first thing she did was turn to hug the athlete who’d finished just behind her. That would be Dalilah Muhammad, the 2016 gold medal winner, 2019 world champion, and world record holder until McLaughlin set a new mark, first in the Olympic Trials and then again at the Games.

The two Americans have dominated this event for years now, trading titles and records back and forth, but it doesn’t feel quite accurate to call them rivals. It’s definitely tempting, if you just look at the times or the results in their head-to-head races, but there’s no bad blood between the two runners and no public feelings of animosity when one falls to the other. Instead, McLaughlin and Muhammad have spent their time at the Olympics expressing gratitude for the way they’ve pushed each other and the sport to new heights. “Iron sharpens iron,” McLaughlin said, according to NBC Sports announcers at the women’s 400m finals. “It’s two people pushing each other to be their best. You need that.”

It’s a good thing they have each other, too. Bronze medal winner Femke Bol of the Netherlands had a great race, but without Muhammad, McLaughlin would have been pretty lonely crossing the finish line. That’s the theme in the women’s 400m hurdles right now. Hardly anyone can give McLaughlin a good race except for Muhammad, and vice versa — no disrespect to the world-class athletes they ran against in the Olympics. “I don’t think it’s a rivalry, there is no bad blood,” McLaughlin said. “It’s just two athletes wanting to be their best and knowing there is another great girl who is going to get you there.” Added Muhammad, “I always know Sydney is going to show up.”

There’s room for three athletes on the podium and many more can fit in the large Olympic spotlight, so there’s no reason to tear each other down. That’s easy to forget in a world that loves to pit women against each other, both in and out of sports. But in Tokyo this year, the displays of genuine sportsmanship between women athletes have been just as incredible as their feats of athleticism: four swimmers sharing a hug after a tight swimming race, Sunisa Lee jumping for joy when a Chinese gymnast landed her beam dismount, skateboarders pumping up their competitors after a perfect run, McLaughlin and Muhammad empowering each other to soar over hurdles and shatter records as they go. These athletes remind us that sometimes, when you lift up your greatest competition, it elevates your game — and everyone else’s.

Jennifer Aniston Loves “a 3-Minute Plank,” Which Makes One of Us
7 Winona Ryder Movies to Binge Watch After You’ve Finished Stranger Things
Isamaya Ffrench Just Launched Her Own Makeup Line
Abortion Ruling May Put Same-Sex Marriage Rights In Jeopardy
This Old Navy Activewear Set Is So Comfy, I Wore It on a 20-Hour Road Trip