Is it just me, or are slouchy boots suddenly everywhere? Whether flat or heeled, mid-calf or knee-high, leather or denim, the options appear to be boundless—and omnipresent. The accessory’s sheer versatility renders it an infinitely wearable accessory for pretty much any occasion, complementing nearly every aesthetic, from indie sleaze to coastal grandmother. While scrunched silhouettes can be intimidating for some to style, with the right look, they can fast become timeless staples that add texture, volume, and ooze relaxed sophistication into any capsule wardrobe. 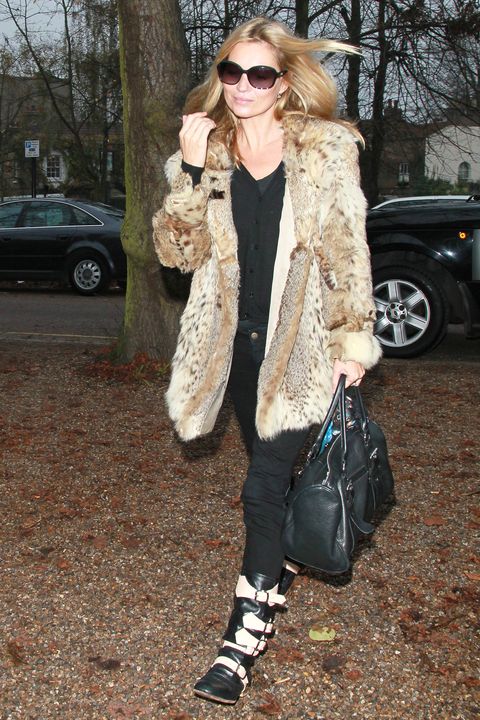 For the uninitiated, slouchy boots date all the way back to the 17th century—when the Cavaliers, the royalist supporters of King Charles I, sported tall soft leather boots that folded over the ankle. These exact boots were later worn by naval officers and helmsmen well into the 20th century to protect against spindrift and cold weather. Notably, in 1981, the late Dame Vivienne Westwood debuted her now-famous pirate boots in her famed “Pirate” collection, which defied punk’s underground anti-fashion movement and leaned toward new romanticism. Ushering punk into a glam rock era, the new line echoed the motifs of fetishwear: sensual androgynous looks and a flamboyant flair that still dominate runways, mainstream fashion, and pervade social media today. 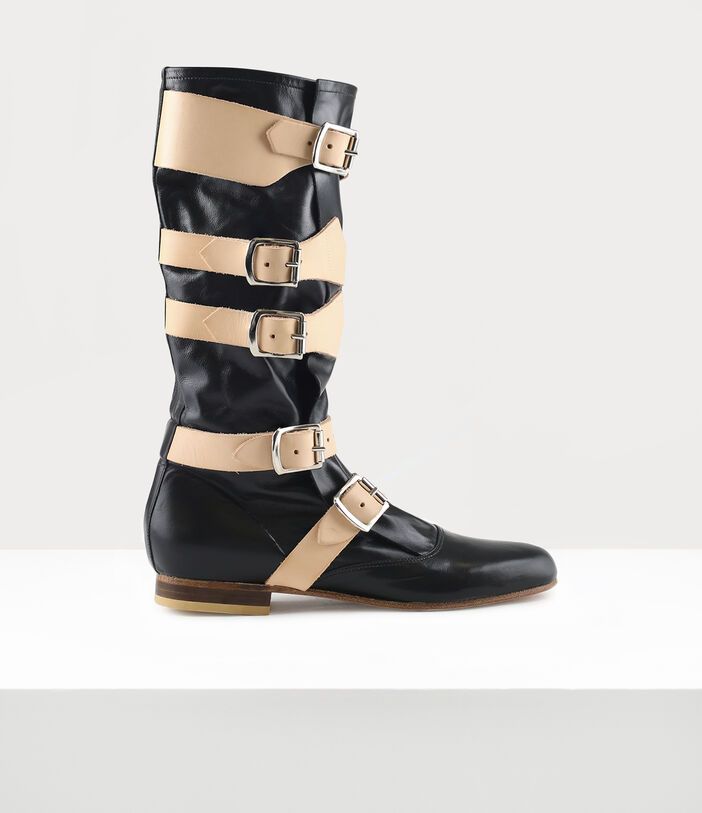 The slouchy style only gained traction in the streetwear space years later in the late ’90s, when supermodel Kate Moss was photographed wearing her own pair of Westwood pirate boots. A product of punk attitude and sartorial anarchy, they quickly became one of the most desired and revolutionary fashion trends of the decade, and well into the early 2000s—both in real life and onscreen. The Devil Wears Prada star Anne Hathaway recently revealed that her favorite on-screen outfit as post-makeover Andy Sachs includes a pair of knee-high suede slouched boots. And I’d be remiss not to mention Vivian Ward’s iconic thigh-high patent leather boots from Pretty Woman, a staple piece of Halloween costumes, and etched into our collective fashion memory for eternity. (In 2020, the boots were sold at an auction in London for 31,250 pounds.) 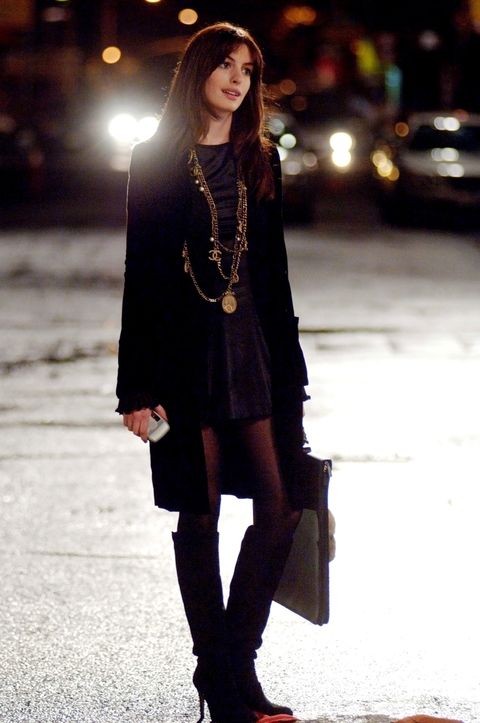 Anne Hathaway as Andy Sachs in The Devil Wears Prada.

Several vintage revivals have occurred since then. In the past, baggy boots were typically designed in neutral, earthy colors and rarely embellished. According to Fashion Snoops’ director of accessories Anush Mirbegian, we’re now seeing decidedly more eccentric adaptations, influenced by the rise of avant-garde, motocross, and “sentimental” fashion—a trend fueled by shoppers’ desire to connect with their purchases, while also returning to the disruptor roots that Westwood herself created.

Balenciaga memorably took a futuristic approach to the accessory in its pre-fall 2016 collection, dreamed up by creative director Demna, showcasing over-the-knee reflective silver stilettos. Vetements’ spring 2017 collection followed with waist-high satin slouchy boots in a rainbow of colors, blurring the lines between boots and pants (hello, pantboots). Fall 2019 saw luxury brands like Saint Laurent, Gucci, and Isabel Marant experiment with unconventional toe shapes and rumpled silhouettes. For Y/Project’s spring/summer 2023 collection, creative director Glenn Martens took supersized styles to a whole new level by distorting their structure to fabricate trompe l’oeil pieces that magnify Belgian’s innovative approach to fashion. And over the past year, we’ve seen the likes of Kim Kardashian, Hailey Bieber, Rihanna, and Ari Lennox don their own colossal pairs. Hathaway manifestly pulled off the boot in a way that is unique to her newfound sense of personal style. 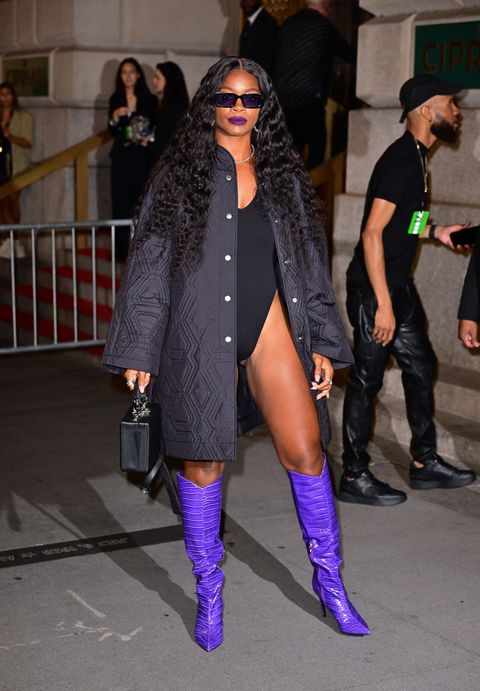 It’s been proven time and time again that slouchy boots reign supreme in the face of turbulent trend cycles. Surely, we’re all feeling a bit fatigued from the relentless and overblown microtrends dominating our social feeds, and especially our TikToks. Thus, we’re welcoming the season of baggy boots—the epitome of comfort, practicality, and pristine rebellion. Pair yours with a maxi skirt, a minidress, fitted pants, or just tights and embrace the divisive pantsless look (why not?). Overaccessorize your heart out, or let the footwear speak for itself. Do whatever you want. Be a slouch!