On Friday, Priyanka Chopra shared a few more glimpses of her one-year-old daughter Malti, who she shares with husband Nick Jonas. Chopra is careful to obscure Malti’s face, but clearly wants to post about how adorable her daughter is in other ways. The mother-daughter pair were enjoying some time together as the holidays approach and they were looking very cozy and cuddly.

In the first photo, Malti is seated in her mom’s lap, flipping through a magazine and seemingly enjoying a look at a Chanel print ad. The baby is in a green onesie, and Chopra is wearing black silk PJs with a pink and green print with red piping, and is smiling up at the camera. The pair are ensconced on a white couch covered in blankets. 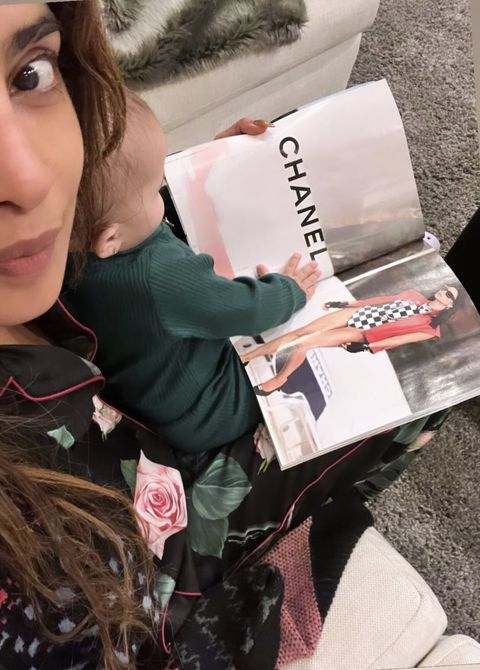 In the second picture, Chopra is holding her girl in front of a Korean BBQ restaurant in LA’s Koreatown. Malti is wearing a pink beanie and a blue two-piece, with sky blue and pink sneakers. Chopra is wearing a long black coat over black leggings, a black baseball cap, and a pair of Ultraboost 19 sneakers in white, black, and pink. She has her hair tucked up in a messy ponytail for a casual meal out with family and friends—Chopra tagged actress Akari Kalai, who was with her for lunch. 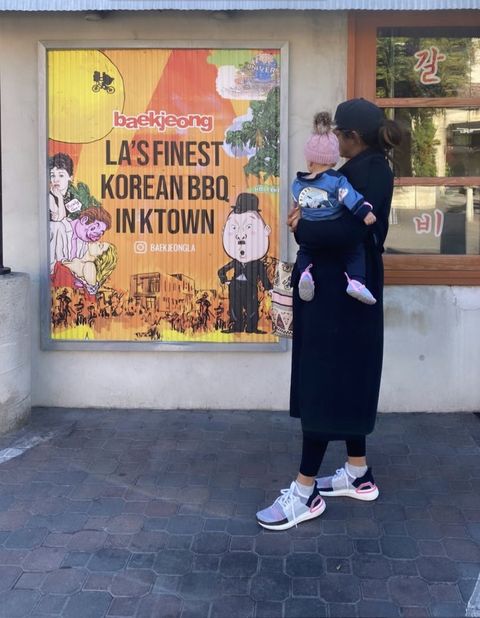 The Matrix actress has a lot of new projects coming up, including a Prime series titled Citadel, where she stars opposite Game of Thrones star Richard Madden. Chopra and Madden were paid equally, and Chopra told the BBC in an interview that this was a new experience.

“Well, the first time it’s happened to me, it has happened in Hollywood,” she said of pay parity. “So I don’t know, going forward. Because this was my first show with a male actor as a co-lead.”

In Bollywood, she generally received only 10 percent of her male co-stars salary per picture, but Chopra’s star has only continued to rise.

Fans React to Harry Styles Winning Album of the Year Over Beyoncé at the 2023 Grammys
How to Tell When You’re Actually Ovulating
This Super Bowl, I’m Rooting For Everybody Black
I Tried RF Microneedling—Here’s Everything You Need to Know
Naomi Watts Wants Everyone to Talk About Menopause