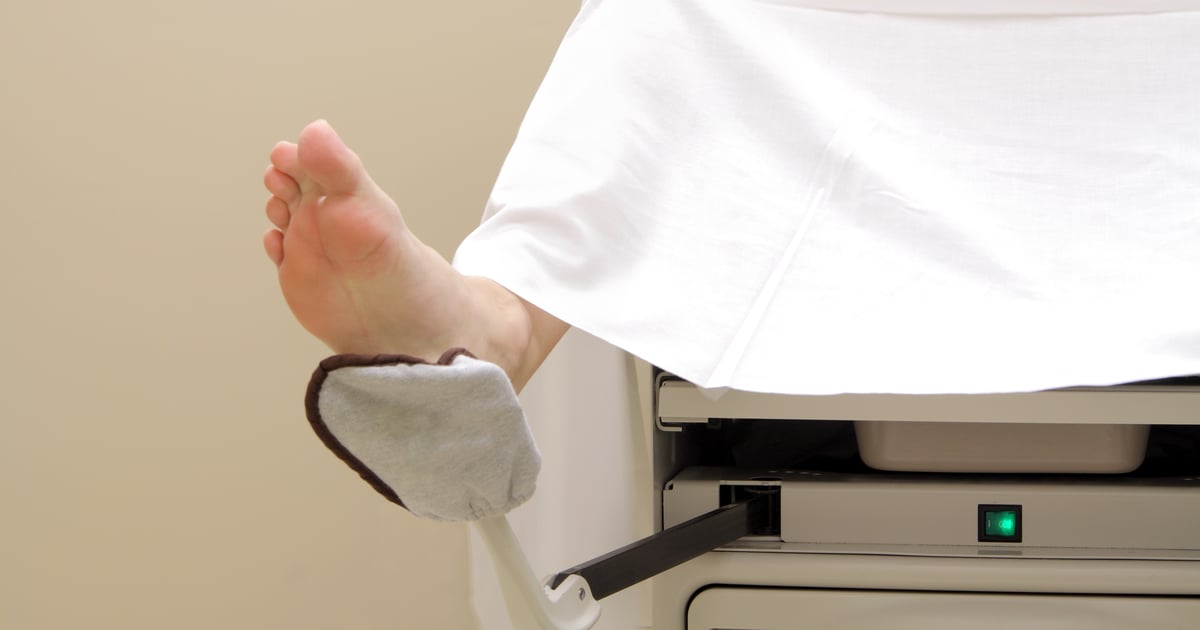 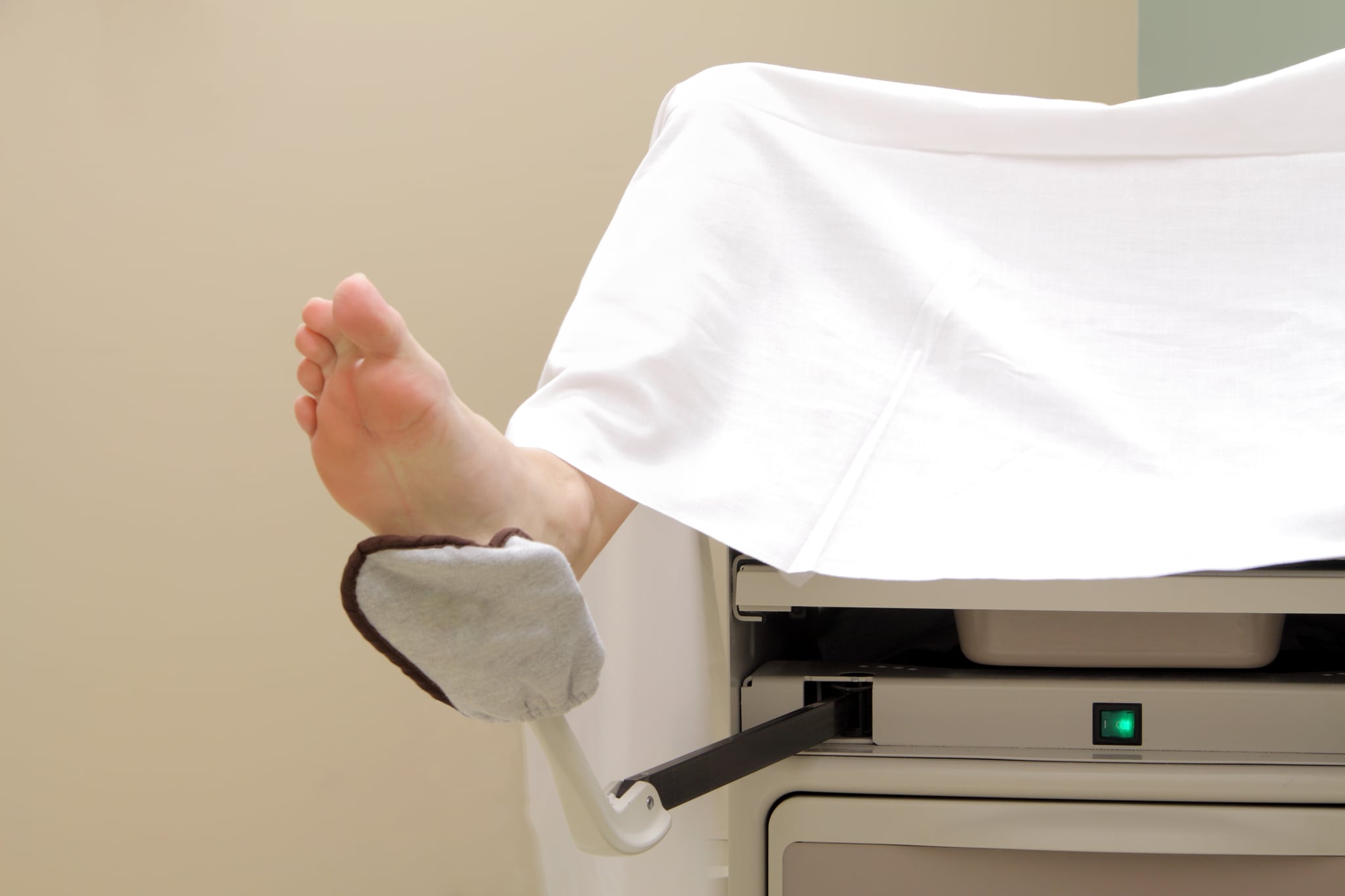 Editor’s note: anyone with a cervix can get a Pap smear, but for this article, we included sources who generally referred to these people as women.

Going to the doctor for any type of exam can feel daunting and uncomfortable, especially those that involve your vagina. Not many people enjoy sitting on an exam table with your feet in stirrups while a doctor shines a light between your legs. But if you have a vagina, then you’ve probably heard that you’ll need to start getting regular Pap smears at some point. These tests are considered an important part of vaginal health, making it crucial to actually get them done as needed.

Still, given that your vagina doesn’t come with a user’s guide, it’s understandable to have questions about what a Pap smear is and why you need one. So POPSUGAR spoke to experts to better understand Pap tests, including why you need a Pap test regularly; what happens during a Pap test; how to prepare yourself for a Pap test; when you should start getting Pap tests; and what an abnormal Pap test means. Here’s everything you need to know.

OK, So What Is a Pap Smear?

A Pap smear, aka a Pap test or cervical cytology, is a special test conducted to find changes in the cells of the cervix that could lead to cancer, according to the American College of Obstetricians and Gynecologists (ACOG). A Pap smear can detect precancerous cells and cervical-cancer cells, the National Cancer Institute (NCI) explains. It may also detect some infections and inflammation.

Why Do You Need a Pap Smear Regularly?

OK, but . . . why? It usually takes three to seven years for major changes in cervical cells to become cancer, ACOG explains, and screening with a Pap smear may detect those changes before they become cancer. If you have what’s known as “low-grade changes,” you can be tested more often than every three years to see if your cells go back to normal, per ACOG. And if you have “high-grade changes,” you can get treatment to have the cells removed.

When to Start Getting Pap Smears

You should start getting Pap smears at age 21, per the United States Preventive Services Task Force (USPSTF). It’s not recommended that you get a Pap smear before this age because cervical cancer is extremely rare in this age group and research shows that screening for cervical cancer in people under 21 does not reduce the rate of cervical cancer and can lead to unnecessary treatment, ACOG says.

How to Prepare For a Pap Smear

Doctors say that there’s not much you need to do to prepare for a Pap smear. “Do not worry about it,” Christine Greves, MD, a board-certified ob-gyn at the Winnie Palmer Hospital for Women and Babies, says. “Just make the appointment, and show up for it.”

The only thing to keep in mind, Dr. Greves says, is that you’ll need to avoid douching beforehand (a practice that isn’t recommended anyway). Otherwise, just go to your doctor’s office like you normally would.

What Happens During a Pap Smear?

A Pap smear is a pretty quick process. Before your test, you’ll be asked to undress from the waist down, put on a gown, and lay a drape over your lower body. You’ll then place your feet in foot rests to keep your legs apart, according to Mary Jane Minkin, MD, a clinical professor of obstetrics and gynecology and reproductive sciences at Yale Medical School. “Keep the pelvic muscles as relaxed as possible.”

Your provider will then place a speculum. This is a “gadget that helps keep the vaginal walls out of the way to be able to look around the vagina,” Dr. Minkin explains. “I usually warm the speculum up if it’s a metal one — the plastic speculums aren’t usually cool to begin with.”

The speculum will be inserted up to the top of your vagina and opened up to allow your doctor to look at your cervix. “We then take a little narrow brush and place it into the opening of the cervix and swirl it around,” Dr. Minkin says. This can cause a “weird twinge,” Dr. Greves warns, noting that it’s “temporary.” The speculum is then removed.

Some people also complain of cramping after a Pap smear or speculum discomfort during the exam. Be sure to let the doctor know about any pain or discomfort that occurs during or after the Pap test.

Your provider will also typically do what’s called a “bimanual exam,” which is when they place one or two fingers in the vagina and the other hand on top of the lower part of your abdomen to feel your uterus and ovaries and make sure they are OK, Dr. Minkin says.

The Pap smear is then sent to a lab, and you should get your results back within a few days.

What Is an Abnormal Pap Smear?

Having an abnormal Pap smear means that certain changes have been detected in your cervical cells, Dr. Greves explains. But “it’s fairly common” to have abnormal results on a Pap smear, she says. And, she stresses, getting an abnormal result does not mean that you have cancer, given that cervical changes often go back to normal on their own.

If you happen to get an abnormal screening result, your doctor may recommend monitoring, more testing, or treatment to remove the abnormal cells, per the National Cancer Institute. Be sure to follow up with your provider for next steps.