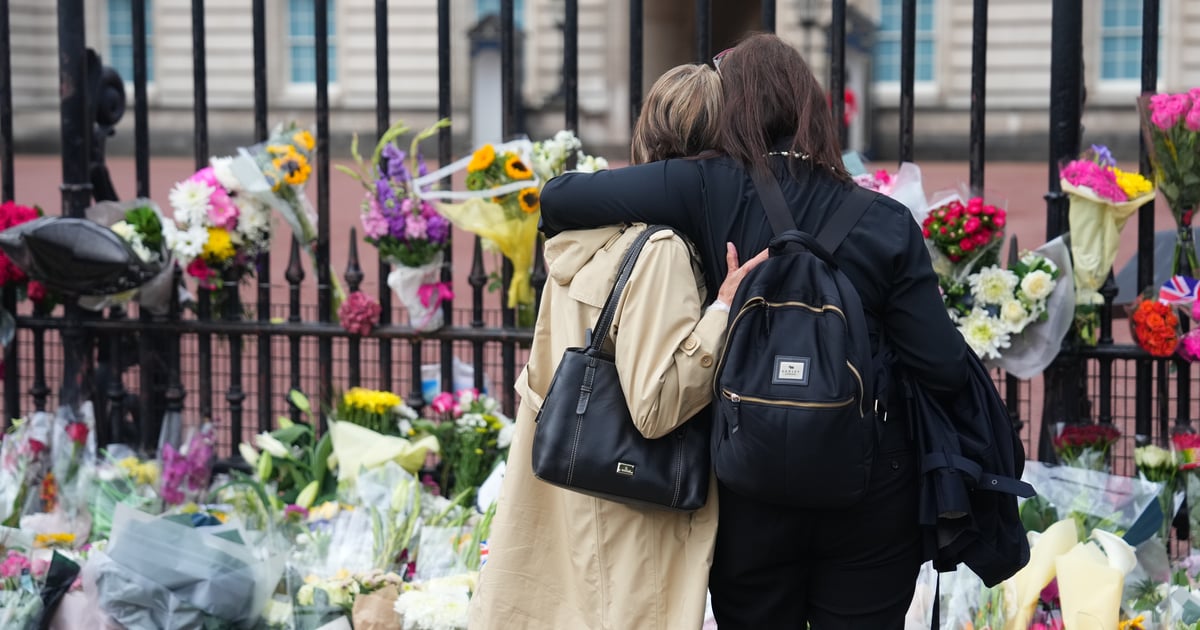 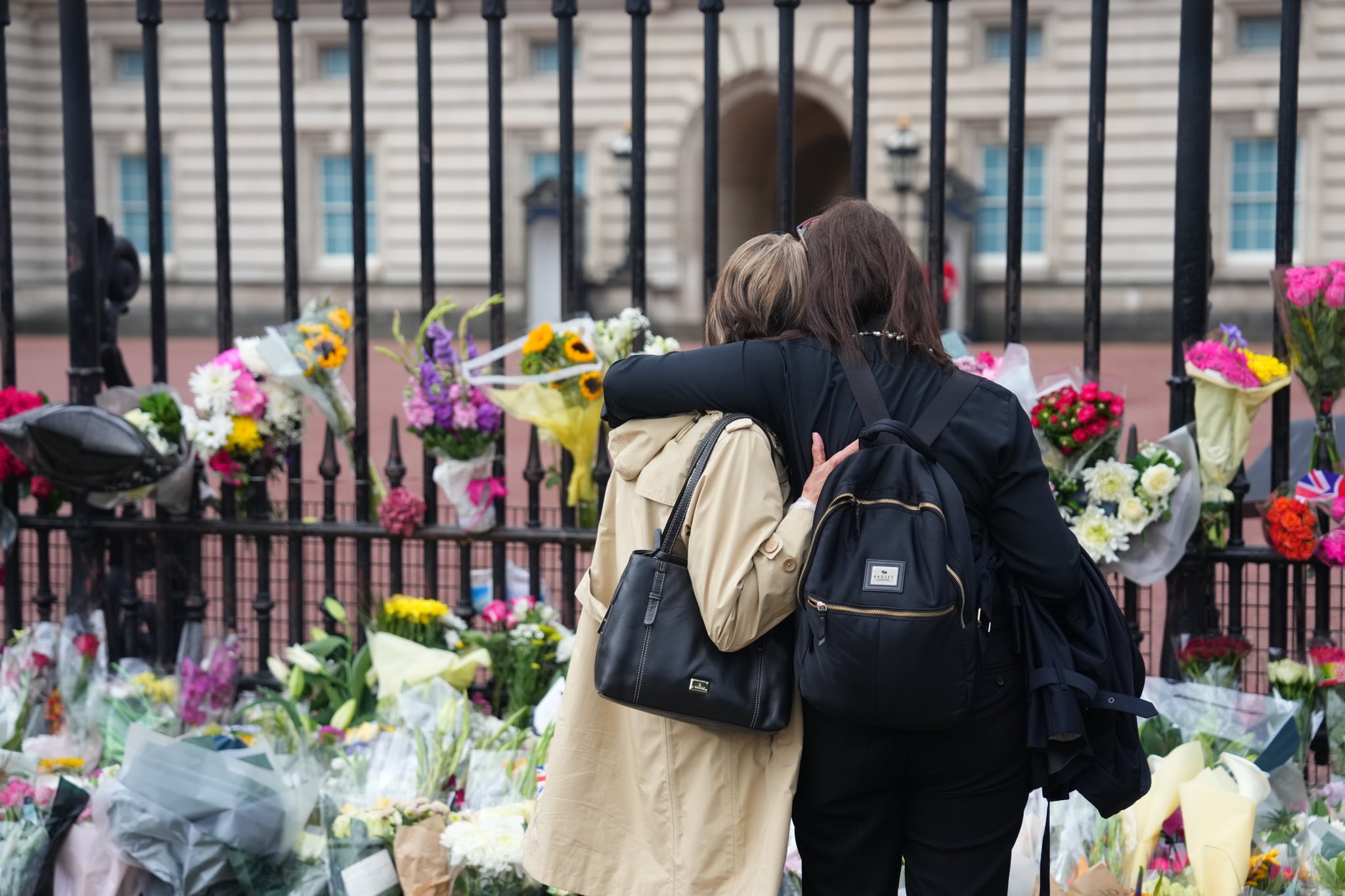 Collective grief is something most of us are familiar with, whether we acknowledge it or not. It’s the result of living through the pandemic or experiencing natural disasters, deaths of iconic figures, or any unexpected loss shared with a community. Public mourning is a natural way to seek validation, feel witnessed, and receive acknowledgement.

Of course, not everyone is processing the queen’s death in the same way. “There’s a lot of rage for colonized people, and it’s justified and valid,” says Megan Devine, psychotherapist, grief advocate, and author of “It’s OK That You’re Not OK.” “You can’t have a celebration of the queen without also letting her be her whole self, which was an agent of destruction. We get so uncomfortable telling the whole truth about a person, especially after death.”

Collective grief holds overlapping experiences, and mourning as a community is beneficial even when your relationship to the deceased is complicated. POPSUGAR spoke with grief experts about better understanding collective grief, whether or not it can help with the healing process, and how to hold space for others.

What Is Collective Grief?

Collective grief happens when a group of people experience a shared loss or sudden change, according to the Grief Recovery Center. Devine likes to describe it as when your emotional Venn diagram overlaps with a lot of other people’s emotional Venn diagrams. “You can have collective grief when one of your community dies or is changed by an illness or an injury,” Devine says. “Or on a larger scale, the pandemic gave all of us a loss of routine and certainty, in addition to the many who lost loved ones, jobs, homes, and sense of stability.” Grieving with a community can give a sense of validation that helps with the healing process.

In relation to the queen, there’s communal acknowledgement of change, too. For some, that change is welcomed, as Queen Elizabeth’s reign represents a violent and oppressive rulership to many. While for others living in the UK, the loss might make them feel uneasy. Change to a cultural institution, change in a stable figure, or change in certainty can make you feel “untethered,” say Sally Douglas and Imogen Carn, cohosts of the “Good Mourning” grief podcast. You may feel fearful of an uncertain future.

Does Public Mourning Help Us Heal?

It can. Death, whether personal or public, can be a shock. “It’s something we hear from a lot of our listeners about — this feeling of not quite being able to believe that the person has gone,” Douglas and Carn say. That feeling can come up even when you don’t personally know the person who has passed. The queen, after all, has been a constant figure for 70 years. And while people may have different opinions on the monarchy, “we can all probably relate to the feeling of an end of an era, or of times of change,” they say. And that may evoke varied and complex feelings (think: sadness, anger, indifference) depending on your life experiences.

As humans, we crave community and connection, Devine says, and that may be especially true during periods of change or upheaval. “Companionship is survival,” Devine says. “It’s important to feel like you’re not the only one in the world feeling this way, because that’s how we get isolation, loneliness, and depression, among other things.” So when we see others engaging in expressions of communal grief — whether it’s grief over the loss of someone we considered admirable or a renewed sense of grief over generational harms you may still be affected by — it can be soothing. “Feeling like we’re sharing an experience — joy or mourning — is a really powerful thing,” she adds. “We need to be seen by each other, and we need to see each other.”

How Do You Hold Space For Someone Whose Grief Looks Different Than Yours?

We all respond and cope differently to loss, and there’s no “one size fits all” when it comes to the way we grieve.

Every relationship is unique, so every expression of grief is unique — including collective grief. As people mourn the queen’s death, for example, there is an intersection of colonialism and grief that can’t be ignored. Devine suggests approaching people’s experiences with curiosity.

Ultimately, whether it’s on a personal scale or a collective scale, when emotions are running hot, it’s much easier to engage in a Twitter war than it is to come to it with curiosity. If you’re having big feelings, it may be “time to step away from social media until you have something articulate to say about it,” Devine says. Because realistically, public grieving doesn’t have to mean sharing everything you feel in front of everyone. It can be just within your smaller community, Devine says: “You get to choose how much of yourself you bring to the public square.”