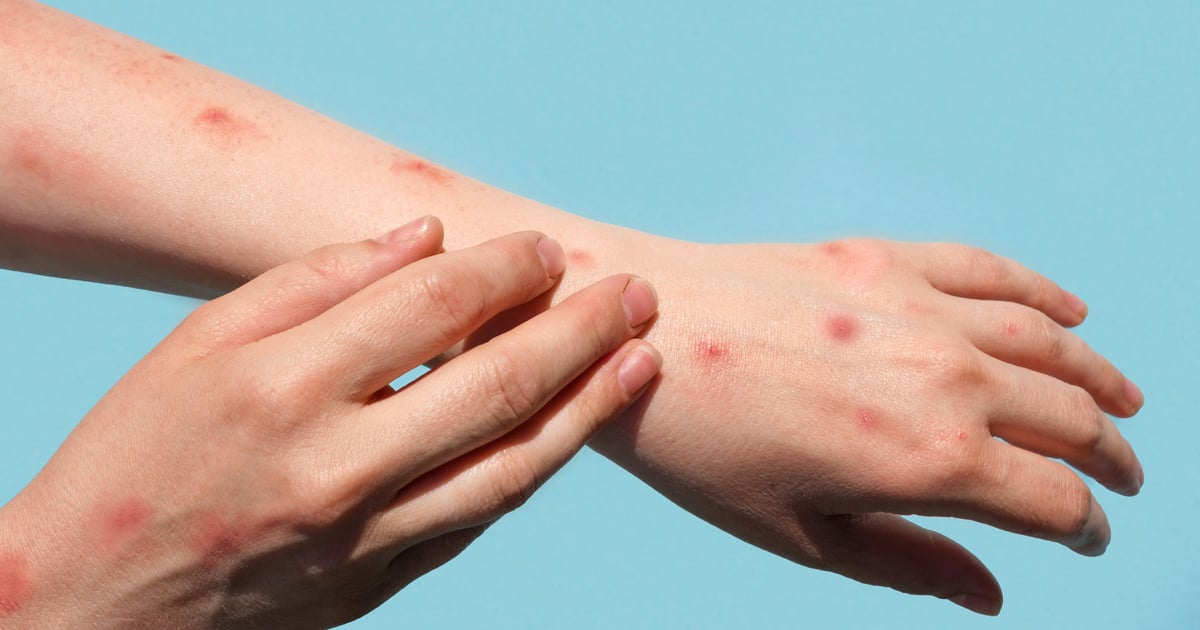 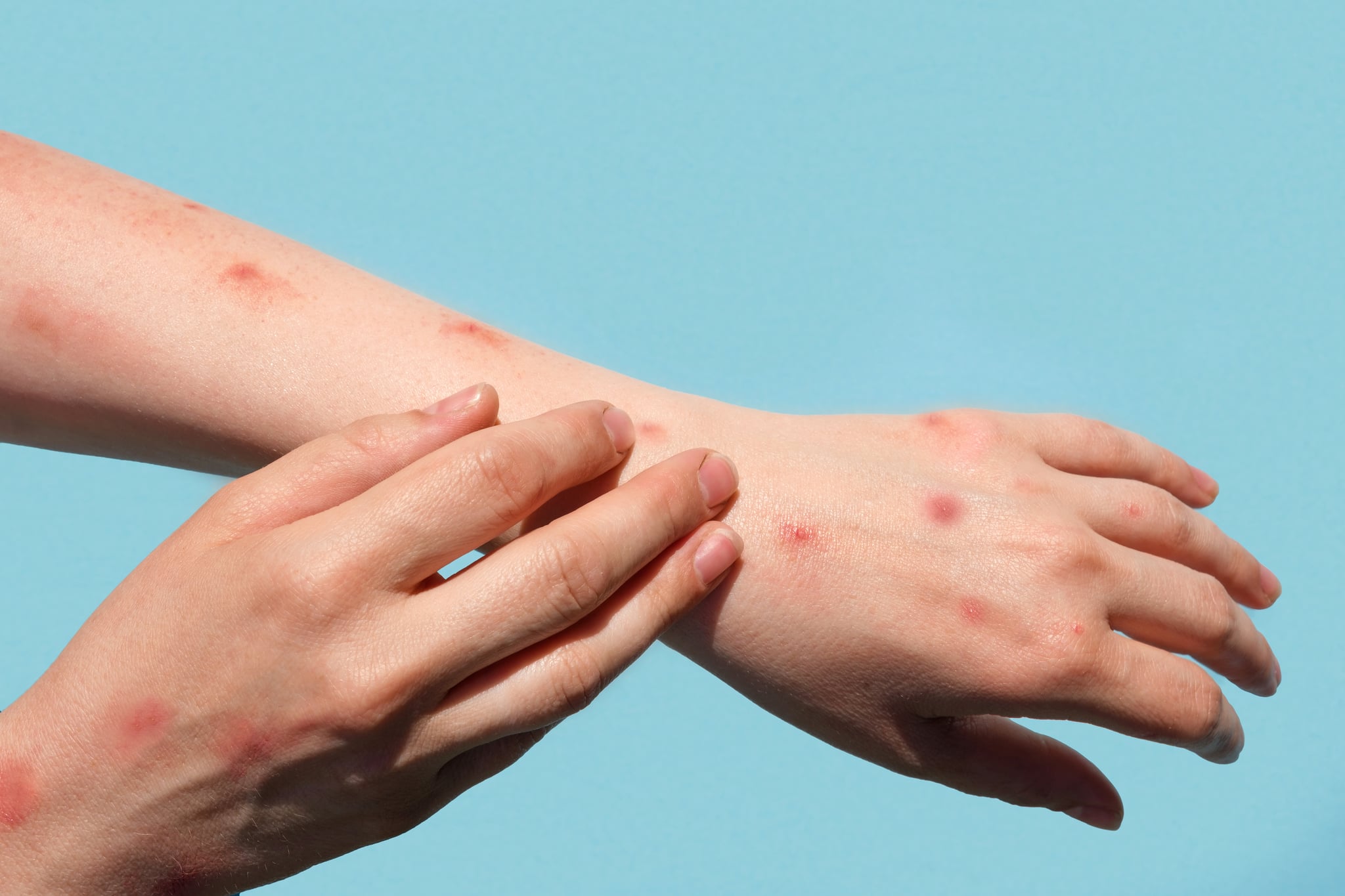 According to a study reported on by NBC, 95 percent of monkeypox cases are believed to have been transmitted during sex between men. The New England Journal of Medicine’s paper came to this conclusion after evaluating a series of international case studies that traced how this previously rare disease has continued to spread. The Centers for Disease Control and Prevention (CDC) also report that men who are physically intimate with other men are considered at “high risk” for the infection.

Because of this, many experts are questioning whether monkeypox should be considered a sexually transmitted infection (STI) along the likes of gonorrhea, herpes, and HIV.

But with monkeypox cases on the rise, particularly among men who have sex with men, there is a concern about the potential stigma that could surround the virus. In fact, some experts are worried that we may repeat the same mistakes made with the HIV/AIDs crisis in America, during which bias and discrimination discouraged many in the LGBTQ+ community from getting tested or treated for fear of harassment, and policy decisions based in ideology rather than science kept funding from much-needed government programs.

To help clear up some questions, POPSUGAR spoke with Eric Chow, MD, director of communicable diseases, epidemiology, and immunizations at Public Health Seattle and King County, about how amplifying rhetoric that says monkeypox only affects gay men negatively impacts the LGBTQ+ community and leads to misinformation. To understand this risk and its impact on the larger population better, let’s take a look at how monkeypox actually spreads and whether it is sexually transmitted.

How Does Monkeypox Spread?

Understanding how monkeypox spreads is essential to reducing misinformation around the virus. Dr. Chow says the most common way monkeypox currently spreads within the US is via direct contact with the monkeypox rash. Per Dr. Chow and his colleagues, the transmission methods include skin-to-skin contact; contact with fabric like bedding, clothing, and towels contaminated with the infection; and respiratory droplets or oral fluids (such as via sneezing or kissing).

For this reason, it is not technically classified as an STI because there is no conclusive data on whether monkeypox can pass through semen and vaginal fluids — one of the main markers of an official STI. The correlation between high cases of monkeypox with gay, bisexual, and men who have sex with men, is their proximity to the virus through physical intimacy (aka skin-to-skin contact).

Why Is Monkeypox Being Referred to as a “Gay Disease”?

The HIV/AIDS epidemic is a historical example of how labeling a disease as “gay” can lead to stigma and influence when and how governments choose to roll out treatment. Dr. Chow says, “Public health agencies — such as ours — have worked together to ensure that our action was focused on the actual transmission risk factors and not generalizing to a specific group of people.” The risk with generalizing monkeypox exclusively to being a gay man’s disease can lead to a “witch hunt,” as one Twitter user says.

It’s gonna be bad. There will be an outbreak in schools when they open and it’ll start a witch hunt trying to find any and all gay teachers to blame, though it probably came from some kid who went on a cruise.

In addition to the stigma, it harms people who may incorrectly assume it doesn’t impact the general public. Jonathan Van Ness shared on TikTok that “Monkeypox doesn’t care who you have sex with.” He used an example of how the disease can pass through sexual partners regardless of orientation: “Bisexual men have sex with straight women have sex with straight men, so this is not a gay disease, this is an everybody disease.” Essentially, the risk of infection is not unique to the LGBTQ+ community.

Nobody is coming to save us, we have to save ourselves. #monkeypox

Sharon Bogan, communications specialist at Public Health SKC, works closely with Dr. Chow to inform the public on monkeypox updates. When asked if focusing on the LGBTQ+ is harmful, Bogan says, “We need both to confront stigma and serve our role and provide info to those most impacted,” she says. “The broader community may not see those efforts, but those in the most impacted groups need to receive the right information.” It’s a balance of providing information to high-risk individuals without contributing to discrimination.

So how do they determine who is considered high risk? Epidemiology traces the cause of diseases by assessing the community as a whole rather than as individuals. Dr. Chow says they look at infection rates alongside demographics like age, race and ethnicity, and other factors to see who is impacted disproportionally. Right now, men who have sex with men are the most at risk for contracting monkeypox. But CBS reported on July 26 that the CDC saw its first cases of the virus in a pregnant woman and children under the age of 8 — plus, anyone immunocompromised or pregnant faces a higher risk of severe outcomes from monkeypox.

Is Monkeypox an STI?

Media outlets like the Associated Press have reported that experts think monkeypox is at risk of becoming an STI. However, it’s crucial not to frame monkeypox as an STI, since it can spread outside of sexual activity. According to the Mayo Clinic, STIs are transmitted through body fluids, bacteria, viruses, or parasites that cause sexually transmitted diseases, and they may pass from person to person in blood, semen, or vaginal fluids.

There is no conclusive data on whether monkeypox can pass through semen and vaginal fluids, so it’s technically not an STI. But in a previous POPSUGAR article, Los Angeles-based ob-gyn Yvonne Bohn, MD, said that some STIs could also transfer through skin-to-skin contact, like herpes. Considering the fact that one of the main transmission methods for monkeypox is skin-to-skin contact, this is where the confusion lies. “As you can imagine, with sexual activity, there’s likely to be skin-to-skin contact, so those with multiple partners or anonymous encounters may have a higher risk,” says Dr. Chow.

Despite monkeypox not being an STI, Dr. Chow still encourages you to talk to your sexual partner(s) before engaging in sex. If you are experiencing painful sores and flu-like symptoms following sex with a new partner, it may be worth going to your primary-care physician for routine testing.

How Do I Protect Myself From Monkeypox?

As of now, the FDA hasn’t approved any specific treatments for monkeypox. But the CDC is making an antiviral medication known as tecovirimat available for monkeypox patients who have or are at high risk of severe disease. Part of the reason for the recent uptick in cases is related to awareness and access to testing, similar to what we saw at the beginning of the COVID-19 pandemic, Dr. Chow says.

“People asking for vaccines may not be the same people who need it the most,” he says. “We have a limited supply of vaccines and are working with those who are high risk — which, right now, is gay, bisexual men, men who have sex with men, or those who have the same risk of infection.”

For those with symptoms like a new unexplained rash, Dr. Chow says to reach out immediately to your doctor, cover it with a bandage, avoid sex and physical contact, and consider not sharing personal items with other people. For people who live in a home who can’t isolate themselves, wear a mask similar to how you’d treat a family member with COVID, since monkeypox can also transfer through respiratory droplets. Ultimately, Dr. Chow recommends to “be vigilant, minimize skin-to-skin contact when you can, and remember that activities such as kissing can still spread monkeypox.”

11 Leggings With Pockets Big Enough to Fit Your Phone
Fashion Show – Proenza Schouler: Spring 2011 Ready-to-Wear
These Wide-Leg Jeans Are a Chic Answer to the Denim Debate
The Queen of True Crime
Jaguar’s Future Is Driving Towards Style and Self-Expression