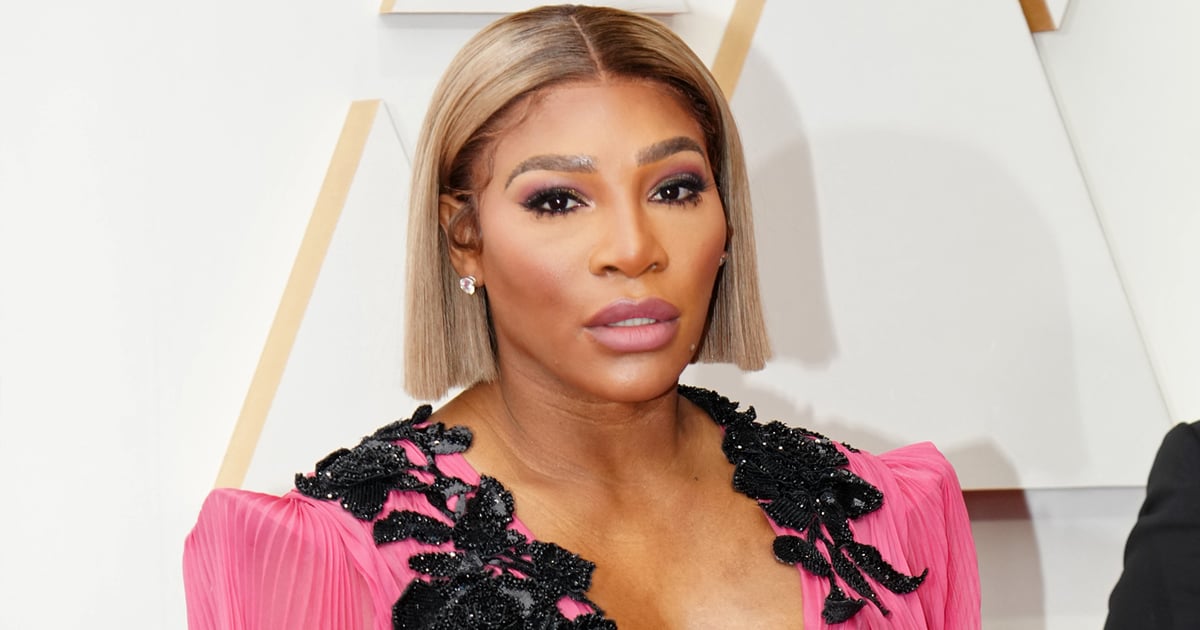 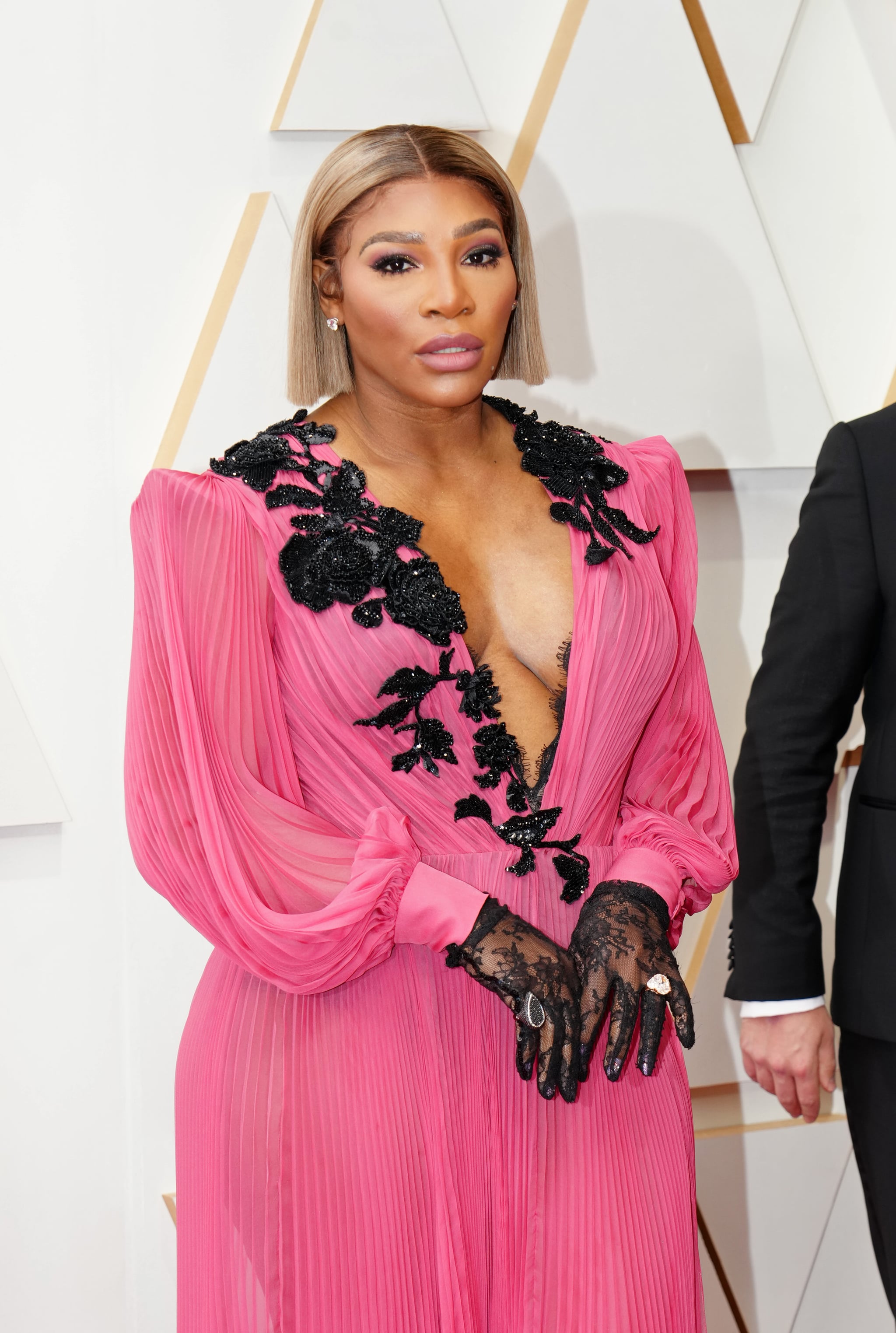 Serena Williams and her daughter, Olympia, are an inseparable duo. The 4-year-old is already on her way to mastering her mother’s iconic tennis arm, and their matching style moments (in designer outfits, no less) always brighten our Instagram feeds. In a personal essay published in Elle on April 5, however, Williams detailed the painful, life-threatening experience she endured during her daughter’s birth that nearly deprived her of all the incredible moments she’s shared with Olympia since.

Williams had been having a relatively seamless pregnancy — save a few headaches and a “weird metallic taste” in her mouth. Even from the very beginning when she initially found out she was pregnant, just two days before the Australian Open in 2017, the news didn’t stop her from going on to win seven matches, all in straight sets, in the weeks that followed. But an even greater test of physical and emotional endurance was yet to come.

When the time came for Williams to be induced it was an experience that she welcomed with open arms. “I was enjoying it, the work of labor,” she wrote. “I was completely in the moment. I loved the cramps. I loved feeling my body trying to push the baby out.” Without an epidural, Williams continued to push through the night.

“No, I’m telling you what I need: I need the scan immediately. And I need it to be done with dye.”

By the next morning, the contractions were coming harder and faster, causing her baby’s heart rate to drop. Following the nurse’s orders, Williams laid on her side to increase the baby’s heart rate before pushing again, a process she repeated several times. Just as she was considering an epidural after all, the doctor came in and told her she was getting an emergency C-section, a decision Williams was glad she didn’t have to make on her own.

Due to a 2010 pulmonary embolism, a condition that can reoccur during pregnancy, Williams asked doctors to put her on a heparin drip to prevent the clots from entering her lungs again. “I spoke to the nurse. I told her: “I need to have a CAT scan of my lungs bilaterally, and then I need to be on my heparin drip.” She said, “I think all this medicine is making you talk crazy.” I said, “No, I’m telling you what I need: I need the scan immediately. And I need it to be done with dye.”

Shortly after their conversation, Williams developed a cough that sent sharp pains to her wounds that prevented her from breathing and caused her C-section stitches to burst. “No one was really listening to what I was saying,” she said. “The logic for not starting the blood thinners was that it could cause my C-section wound to bleed, which is true. Still, I felt it was important and kept pressing. All the while, I was in excruciating pain. I couldn’t move at all — not my legs, not my back, nothing.” The medical staff’s opposition to her requests for further medical attention left Williams with intense physical and emotional pain. “All I could think was, ‘I’m dying, I’m dying. Oh my god,'” she wrote.

Through the pain, Williams was persistent with her nurses. “I’m telling you, this is what I need,” she said. Finally, the nurse got the doctor, who Williams then had to convince to give her a CAT scan. As Williams expected, the scan showed blood clots in her lungs, revealing that her cough was the result of an embolism, a clot in one of her arteries. She also had hematoma, a pool of clotted blood outside the blood vessels, in her abdomen.

“Giving birth to my baby, it turned out, was a test for how loud and how often I would have to call out before I was finally heard.”

To treat the clots, doctors attempted to insert a filter into Williams’s veins to break up the clots before they reached her heart, but because athletes have larger veins than most people, the process took longer than expected, delaying her pain even further. Williams’s close friends and family, including her husband, Alexis Ohanian, were on edge as they waited for her to be released. A week after giving birth, and saving her own life by advocating for her medical needs, Williams had undergone four surgeries — including the emergency C-section — and was finally in an acceptable condition to leave the hospital with her newborn daughter.

For Black women, maternal mortality rates are almost three times that of white women, an alarming racial disparity that is completely preventable, according to the CDC. To decrease this statistic, much of the work rests on the shoulders of healthcare providers and healthcare systems, who have historically failed to recognize their own unconscious bias when treating people of color.

Following the tramautic experience, Williams says she’s grateful for all the moments she’s been able to spend with Olympia since. “Despite my body’s wreckage — and the fact that I couldn’t get in much breastfeeding — connecting with Olympia at long last was amazing; it was both the reward and the validation for all I’d been through,” she said. “I went from not being able to really imagine her in the womb to us being completely inseparable . . . Giving birth to my baby, it turned out, was a test for how loud and how often I would have to call out before I was finally heard.”